As you will quickly find out in this ClicBot coding robot review, it is a robot that has sophisticated intelligence systems enabling it to dance and move around, with almost endless characteristics. It is a remarkable educational robot kit designed for kids age 8 and above and a wonderful friend for your child.

ClicBot Robot makes STEM learning much more interactive and fun. It is also available for use no matter what your child’s skill level is. In this educational robot toy review, we will take a look at the robot’s pros, and cons, as well as operation and reliability.

Coming up: Click here to see more -> show
Quick Comparison
1-Minute Educational Robot Toy Review
Let’s take a closer look
How it works
Performance and Coding Interface
Limitations
Ease of set up and use
Reliability
Ongoing Maintenance
Extra Purchases and ongoing costs
FAQs
Can the ClicBot Coding Robot operate while charging?
Does it have self-charging capabilities?
What are the compatible devices for the app?
What is the control range of the robot?
Does the ClicBot Coding Robot need Wi-Fi to work?
Conclusion
About the author 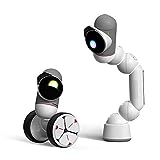 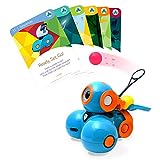 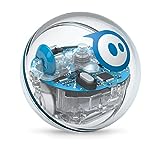 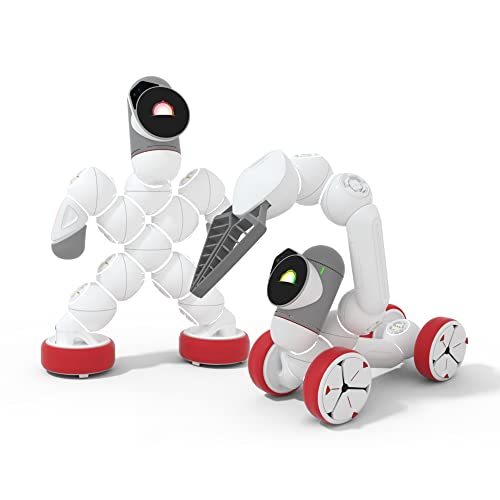 Few robots match the ClicBot’s ability to greatly enhance STEM Learning. It can be likened to a robotic Play-Doh since there are no limits to what you can do with it.

Thanks to the almost inexhaustible modes, it has a very high repeated-play factor to keep your children busy while still retaining excitement for learning.

A great feature that I like with the new robot is that it gets more enjoyable the more that a kid gets good at using it.

The robot has its fair share of pros and cons, but the advantages definitely outweigh the drawbacks. The great versatility of the robot and repeatability are enough to keep anyone engaged in terms of playing it. It can even be a good toy for kids at heart as well!

Overall, ClicBot Robot is a great choice for kids, albeit, an expensive one. If you are looking for coding robots for kids that is a bit more affordable, you may want to check out the Dash Robot or Sphero. 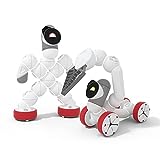 ClicBot Robot is a smart interactive robot with over 1000 different setups. It can be configured to dance, drive, serve, and even slither on your surfaces.

Pieces of the robot can snap together, and they form different parts such as appendages, wheels, claws, or even displays.

ClicBot starts super basic, it is a fully programmable bot that anyone can use. Coding robots with a drag-and-drop interface makes it easy to create your own personal assistant with the no-coding robotics platform available in the app or the advanced language that is based on Google’s Blockly programming language.

The robot has light displays that can be used for quizzes and games. It also uses sensors for facial recognition capabilities, tracking, and grasping.

Also, by attaching a phone you can use cool photography features like panorama, time-lapse and follow shots. This is just scratching the surface though, there is loads more like a built-in camera, facial recognition capabilities, gesture sensors, and light displays. and can even be a surveillance robot.

The robot has a small touch screen interface to also serve as the controls. However, if you download the companion app, it will be a much more fulfilling experience.

In terms of performance, the robot does well in teaching robotics and coding. It is also great for keeping your kids busy while also helping them learn.

The app even has a 3D view to help guide users in aligning the components in specific builds. Clicbot’s personality adjusts depending on the build, but here are predefined personalities to use.

If you want a robot with no coding involved, animations can be used to retain memories of the actions you have previously done on the Smart Assistant Clicbot. Even complex projects can be done as long as you get familiar with the drag and drop coding interface that can be seen inside the application.

Some limitations of the robot include the intuitive touchscreen interface. Clicks and taps take a while to register, and they could use a bit of improvement on this side of things.

There are multiple buying options with the number of modules included depending on how much you are willing to spend. However, the robot requires multiple modules to fully function which could mean the need to purchase the full kit or multiple add-ons to get the most out of the product.

Ease of set up and use

Upon first use of the robot, you are prompted to choose one robot for your first build. This can be either the tabletop robot named Bac or the wheeled robot named Bic.

A guide is included with the box to help you get familiar with these two initial easy-to-attach robots. Afterward, you will be free to explore the Demo Mode, Program Mode, or Game Mode. You can also make use of ClicBot’s phone holder features

Remember that there is a need to install the Clicbot app on your mobile phone to access the coding interfaces. If you need more tutorials, there is a Youtube channel dedicated to tutorials and it has plenty of videos to help you get started.

A ClicBot community is also available to help users share their journey with their Clicbot as well as the builds that they have crafted. It even has a debugging section where customers report systemic bugs so that developers can fix them.

The robot, unlike other educational toys, is very sturdy and reliable. It can endure collisions so there is no need to worry about them. Also, the pieces perfectly snap in place when connected, and this makes the overall connection smooth

Ongoing maintenance of the robot includes updating the needed software as well as checking if there is dirt in between the parts or modules. If there are contaminants, they can easily be cleaned with a dry cloth. You can also watch out for hair stuck on wheels. These can be easily scraped out with any long stick-like material.

The robot kit is standalone, meaning that you would be able to build a robot no matter which type of kit you use.

The starter kit enables easy builds that are cheaper than the full kit involves one Brain, 4 Joints, 2 Wheels, a phone holder, a type C cable, and the app.

However, you can add any component that you want to their site. These include Brains, Joins, Skeleton, Wheels, Mount, Wheels, Holder, Suction Cup, Sensor, and Locker.

The prices start for the ClicBot Coding Robot from around $350, however, if you want to buy the full kit at the beginning, it could cost you closer to $1000.

As for the ongoing costs, you will only need to pay for electrical bills as the app comes with the purchase of the robot. You must remember that it can function up to 2 hours in between charges, so frequent usage also equates to frequent charging cycles.

Can the ClicBot Coding Robot operate while charging?

No, the ClicBot cannot operate during charging cycles. You first need to disconnect it from the power source to modify it. After charging, you can use the brain and parts in any way that you want.

Does it have self-charging capabilities?

No, the Clicbot has no self-charging capabilities. A user needs to take the brain and plug it into the type-c cable at it has no dock for self-direction initiatives.

What are the compatible devices for the app?

The app can both be downloaded through Google Playstore and Apple Appstore. Thus, any sort of android or iOS device can use it.

What is the control range of the robot?

The robot is best controlled within eyesight range, so this means 15 feet to 30 feet.

Does the ClicBot Coding Robot need Wi-Fi to work?

Yes, the robot needs Wi-Fi to work as it has required software updates. Also, you need an internet connection to build robots that are not the Bic and Bac models.

The ClicBot robot is a fun and interactive way for kids and young hearts to start their robotic or coding journey. It may have a steep learning curve, but it is worth the time since it gets better the more that you use it.

I recommend the ClicBot robot to anyone who wants an interactive coding robot either for learning, teaching, or even entertainment purposes.

While not writing, Emma works in a popular electronics retail chain. Emma also enjoys running and has two dogs with whom she loves spending time.