The automation of house cleaning activities such as cleaning of floors and carpets which involve the use of intelligent devices like Roomba 675 and Roborock E35 is a great idea but choosing the right device can be quite difficult. In this article we will compare some of the great features of the Roomba 675 vs Roborock E35 robotic vacuum cleaners, to help you make the right judgment on which of the robot vacuum cleaners that would serve you better.

You may also enjoy:

In all honesty, if we’re looking just at the robots side by side, the E35 wins almost every category, but that said, it is usually between $80 – $100 more than the Roomba 675. The stand out differences are the suction power, 2000pa for the Roborock E35 vs 600pa in the Roomba 675 and the fact that the E35 also packs a mopping feature. 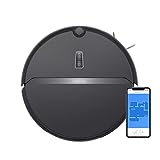 A bit of background

While they didn’t invent the robot vacuum cleaner, iRobot are behind the Roomba brand which was largely responsible for the popularisation of it. They have many different series like Roomba 500, 600, 700 and 800 series each with different upgrades in capabilities such as aerovac bin, longer battery life, Wi-Fi connectivity, great cleaning performance and human voice control.

As the popularity of the little floor wizards gained, so did the competition. Although Roborock may seem like relative newcomers, they are actually the brand behind the hugely popular and impressive Xiaomi Mi robot vacuum brand. Recently they have decided to branch out and launch their own brand.

The Roomba 675 is a member of the Roomba 600 series which has an exceptional ability when it comes to cleaning of cemented floors, tiled floors, carpet and home furniture with its three stage cleaning system loosens, lifts and removes dirt perfectly well.

The Roborock E35, on the other hand, has a better cleaning action with well-equipped brush for scrubbing, modern sensor for detecting dirt and very fast Wi-Fi control link from your android or IOS phones from anywhere. The user can control the Roborock E35 while in the office with the mobile App control.

Comparison of Roomba 675 and Roborock E35

The Roomba 675 packs 600pa of suction. While this is not very much, it does have Roomba’s advanced 3-stage cleaning system that makes up for lack of pure power. Kind of like sticking Jeff Gordon in a Toyota Prius and still getting great results.

However, the Roborock E35 has a massive 2000pa of suction, so if you like big numbers, it is the better choice.

The Roomba 675 has a dustbin capacity of 350ml unlike Roborock with a capacity of 650 ml which is twice the capacity of Roomba 675. The user do not need to border about empting the bin while the vacuum cleaner is working.

The Roomba 675 has its own voice prompt but the speaker when it comes to response are not clear enough but the Roborock has a clear voice prompt with different language options for error message response.

The Roborock E35 is equipped with a full dustbin indicator to alert the user when the dust bin is full unlike Roomba 675 which does not have this indicator.

The Roomba 675 vacuum cleaner is not intelligent enough to detect dirt but hovers around the given space it is meant to clean. This is not the case in Roborock E35 as it has infrared sensors for detecting dirt on the floor and around its environment.

Bothe the Roborock E35 and the Roomba 675 have app control. Through the app you can start and stop the vacuum from anywhere, see cleaning results and set cleaning schedules. The 675 uses the iRobot Home App whereas Roborock use the Mi Home app. Both are available of iOS and Android devices.

Roborock E35 features a better cleaning system with its strong brush and output power. While you cannot expect miracles, it does a job. The Roomba 675 does not have cleaning ability compared to Roborock. If this is an important feature to you, then Roborock E35 is definitely the best choice for you.

If you want it to, the Roborock E35 can vacuum and mop together for even shinier hard floors. The onboard water tank drips a slow flow of water onto the cloth which avoids it drying out or leaving puddles. water onto the  mop picks up the finest dirt, and its onboard water tank only allows water to flow out as the cloth dries to eliminate puddling.

The Roborock is a smarter device because it has the ability to detect dirt easily without wasting most of its battery. It goes right away to do the job unlike Roomba 675 which is more like a dumbed down system. If this is an important feature to you, then Roborock E35 is definitely the best choice for you.

When the battery of a gadget lasts longer, it will do more work thereby offering more efficient cleaning. The Roborock has a run time of 150 minutes unlike Roomba 675 which has a runtime of 90 minutes. If this is an important feature to you, then Roborock E35 is definitely the best choice for you. 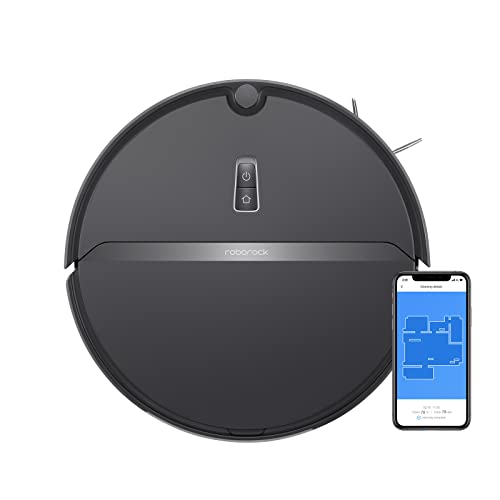 Can you put any kind of cleaning agent inside the Roborock E35 with water?

Roborock Manufacturers suggest customers add water only in the water tank. Other liquid may cause blockage of the water tank filter.

My rug is over an inch above the floor. Will it still try to climb up onto it?

Yes, the Roborock will be able to conquer that rug. However, if you would rather it didn’t try, you can purchase separately the black magnetic strip to be placed as a boundary that you don’t want the vacuum to cross. Many vacuums include some of this in the box, it’s a little disappointing the E35 does not.

How does it do with longer dog hair?

It does an excellent job.

Can I register on Mi Home app before purchasing the vacuum?

How many modes does it have?

There are four cleaning modes you can select on app to adjust suction. Silent mode, standard mode, strong mode and max mode.

Does this come with mop pads? If so, how many?

What does the Roomba do if it encounters small dog poop?

It will most likely spread it around the room. Probably not what you want to hear, but certainly not something you want to happen.

How do you operate this without Wi-Fi?

Simply press the clean button to to start and stop the robot, the dock button to send it back to the base. There is also a spot clean button to do concentrated cleaning in one specific area for a few minutes.

What is the height of the Roomba 675?

How big is the dustbin in the Roomba 675?

The Roomba 375 has a 350 ml dustbin which when compared to many other robotic vacuums is quite small.

Final thoughts on the Roomba 675 vs Roborock E35

If you are searching for an intelligent device that can act on its own without human intervention, strong brush for scrubbing, great mopping ability and remote control from your mobile device then Roborock E35  is the answer. It possesses these qualities and many more though it may consume some more electrical energy than its counterpart.

However, that said, it is around $100 more than the 675, so if price is the main consideration, the Roomba 675 will still be an excellent choice.